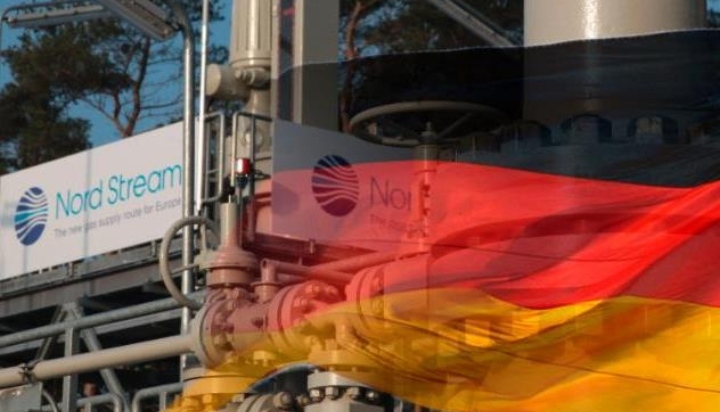 So, on December 19 there was another meeting of the «Norman Summit.» About this «international organization» I have long had no illusions. Next, I will justify my point of view.

According to the results of the “Norman Summit”, the next “reached agreements” were announced, but something is already clear. Putin is not going to abandon terrorist tactics against Ukraine. The shelling from the occupied territories of the russian federation territories of Ukraine only intensified, the exchange of prisoners was again postponed for further blackmail.

And in this situation, particular attention is drawn to the behavior of Germany. Relations between the KGB agent and Germany have always been special. Now it is especially noticeable. Let’s look at these relationships in more detail.

Such behavior violates Germany’s obligations to the EU partner countries. Poland already defended its interests in court over the OPAL gas pipeline and won a trial against Germany. This behavior of German leadership does not strengthen the cooperation of countries within the EU. Lobbying the interests of the russian federation by violating the rights of the EU partner countries poses a serious threat to the existence of the EU itself.

The EU market has strict rules to ensure competition and consumer rights in the gas market. But these rules do not apply to gas pipelines going to the EU from third countries, including Nord Stream-2.

Poland, Hungary, Moldova, Romania, the Czech Republic, Slovakia, Latvia, Lithuania and Estonia consider Nord Stream-2 a threat to Europe’s energy security. But Germany does not want to hear them.

Ignoring the opinions of so many EU countries, as well as Germany’s violation of EU legislation (OPAL) raises the logical question — in whose interests is Germany acting? What are the motives for this behavior?

Is Germany so aggressively defending her investment? Due to the violation of the interests of partner countries in the EU? Is it all about money?

To form a vision of the situation as a whole, it is necessary to consider all aspects. Let’s try to maximize our view of the problem.

It should be noted that the gas pipeline construction project was advanced in advance prepared conditions. This is stated by many European environmental organizations. And Germany played an important role in this.

Very little documentation was available for consideration by environmental organizations. Very little time was allocated for its consideration. There is something to ponder.

Further, the situation on the gas market has changed radically in recent years. Leading global gas companies have opted for LNG. And this promising area is already very actively developing.

The reasons for this process are very interesting — LNG allows the consumer to no longer focus on monopolized suppliers. As a result, prices in the market are dictated not by the desires of the monopolist, but by the real market situation at the moment. The LNG market is a free market, without monopolies.

Against this background, criticism from the German authorities against US sanctions looks ridiculous. Germany is trying to present the construction of the Nord Stream-2 gas pipeline as a great benefit and an increase in EU energy independence. I wonder how the only possible supplier (gazprom), which owns a controlling stake in both the Nord Stream and Nord Stream 2 gas pipelines, will suddenly increase the EU’s non-volatility? And who will supply gas through this pipeline, if for some reason gazprom refuses to supply gas? There are already harsh statements by the German authorities in defense of Nord Stream-2 and the situation as a whole is starting to border on the absurd.

But you should not expect that the German leadership does not understand the situation. I believe that, on the contrary, Germany is very deeply aware of the situation and uses it to its advantage.

Assuming that there are some other, hidden from all, agreements between Germany and the russian federation? Then the situation looks very logical. Putin’s meeting with representatives of German business and political elites on the eve of the “Norman Summit” is a direct confirmation of this.

At a meeting with putin, Germany was represented by the leaders of such well-known companies in russia as Siemens, Bayer, Knauf, METRO. On the part of the russian federation — ministers, presidents of Sberbank and VTB, representatives of the largest russian state-owned companies — russian railways, rosneft.

Of course, the fact that the head of Nord Stream 2 worked for the Stasi and has ties directly with putin is an absolute coincidence.

At this moment, I have a feeling that the Berlin wall was rushed to break. 30-40 years hurried. It was necessary to let the Germans enjoy as long as possible the charms of the “russian world”.

Without the Ukrainian gas transmission system, there are unacceptable risks for the EU in terms of the reliability of gas supplies from the russian federation. That is why package agreements on the gas issue were signed. And that is why gazprom will pay the amount appointed by the international court.

Negotiations in this format continue because Germany, France and the russian federation do not have time to complete and launch Nord Stream -2.

But does German society understand that German «elites» may not work in the interests of Germany at all? Do Germans understand reputational and strategic risks? How will EU countries behave whose interests have been ignored?

Personally, it causes an unambiguous feeling of disgust for me.

I have a confident feeling that all the other lines of the gas pipeline will float in the Baydaratskaya Bay. Then the situation will become interesting. Countries whose interests were ignored by Germany will remember this. You have to buy American gas from the Poles, of course, if they have a desire to sell.

At the same time, high-ranking Stasi agents will begin to surface. Some in the press, some in the river.

Then I will sincerely sympathize and express “the deepest concern”, observing this greatest drama of human greed.