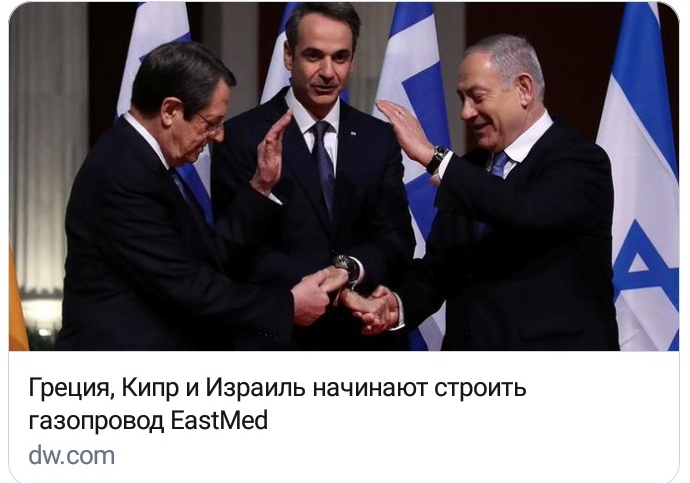 Do you know how a special forces soldier differs from an ordinary soldier in the army? If you do not go into the intricacies of strategy, training, and other military specifics, then there is only one difference — a more trained fighter can gain more time for his country. This is priceless — time. Time won by the enemy is a victory. All those professionals do is gain valuable time.

But just as some win time, others lose it mediocre. Everything is decided by the level of professionalism.

Let me remind you that in December 2019, the United States imposed sanctions against the russian gas pipelines, Nord Stream -2 and Turkish Stream. The result was a collapse in the construction of the Nord Stream -2 gas pipeline. To solve the problems you need a lot of time and money.

Also, there was a panic among the partners of the russian federation. The United States gave the deadline until January 20, 2020, to exit the sanctions projects. What threatens to ignore US sanctions, I have already told on the example of Gaddafi. I repeat, for 3 days all his accounts, including secret ones, were blocked. 200 million dollars turned into the light of inaccessible stars. I am sure that Western companies are not ready for such a risk. Of course, except for campaigns in which the controlling stake belongs to Gazprom. These have no choice.

And while the russian federation is trying at all costs to complete the pipelines that fell under US sanctions, to convince partners and investors not to scatter, the gas market is not waiting.

So, on January 2, the agreement on the EastMed pipeline was signed between Greece, the Republic of Cyprus and Israel. The EastMed gas pipeline is a major energy project that aims to supply natural gas from the areas of Israel, Cyprus and Greece to Italy and the rest of Europe.

I am sure that the russian «media» will not carefully cover this event. After all, this does not comply with instructions from the kremlin. But in vain, this is a very interesting project. Capacity — 10 billion m³ per year. For comparison, the Turkish Stream has a capacity of 31.5 billion m³ per year.

In addition, the agreement provides for integration with the Poseidon gas pipeline from Greece to Italy.

There is no need to be an expert to understand that new players are entering the market. Also, an important detail — the EastMed gas pipeline is aimed at that part of the European market that has a stable development perspective and is not covered by the monopoly presence of the russian federation. Given that production in the Mediterranean is much cheaper than beyond the Arctic Circle, as well as cheaper transportation, the project is doomed to success. There is no competition with the Nabucco gas pipeline, it is more mutually beneficial cooperation.

If you look at the situation as a whole, the statements by some experts that the US will not be able to stop the construction of the Nord Stream -2 and Turkish Stream gas pipelines look rather ridiculous.

The purpose of the US sanctions is not to stop the construction of the Nord Stream -2 and Turkish Stream pipelines but to delay their commissioning. At first glance, this is not a particularly effective way. But this is if you look through the eyes of a layman. The most expensive, this time, I already reminded about it. It is on this key factor that the US sanctions policy is built in this case. The delay in launching these gas pipelines in the new realities is launching many processes in the gas market. And the EastMed gas pipeline is only the first visible shift in this direction.

Russia stupidly lost time due to the stupid policies of its leadership. Each aggressive trick will receive an adequate response prepared in advance.

The chain reaction is already running. Free markets form fierce competition for which the russian federation is not ready. The russian federation itself opened the Pandora’s box, playing in gas wars. As a result, more and more new players enter the gas markets, which offer increasingly favorable conditions to the consumer.

Processes that will tear the russian federation like a flock of piranhas of a stupid bull will follow.

Already now, in the first weeks of sanctions, the russian federation has lost a large market, not even having time to enter it. It will only get worse!