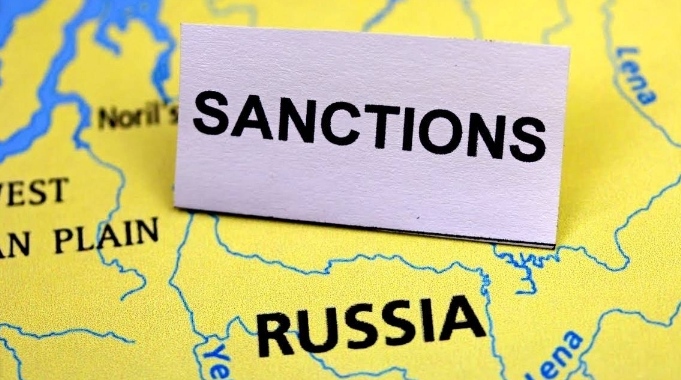 As the media have repeatedly stated, no sanctions of the “great and mighty Russia” are terrible. True, this dog barking has not scared anyone for a long time.

The signature of the US president halted the construction of the Nord Stream 2 gas pipeline. Please note — not a missile strike from a dozen strategic missiles or carpet bombing, but a signed document. A couple of sheets of A4 paper. True, do not underestimate this type of American arms. This document launched a very powerful system. A strategic missile strike would probably be easier to survive. At least somewhere it would be possible to hide.

But in the case of US sanctions, such a number will not work. All investors of Russian projects, all partners, suppliers, and contractors will be found. Everything to the last. No concessions.

I think many remember the work of the United States on the «last Bedouin» in Libya. In three days, not only were all accounts discovered, but also frozen, including accounts for dummies and other secret deposits. In different countries, different banks addressed to completely different people. Gaddafi for a couple of days has transformed from the owner of 200 billion dollars into an absolute beggar.

Therefore, when the US announced the imposition of sanctions against Nord Stream -2, Allseas left the project. Smart people do not need to repeat twice.

But the leadership of the Russian Federation does not apply to smart people. Therefore, the sanctions, which the «great and mighty Russia» were seemingly fearless, actually put it in the deepest dead end.

Of course, Gazprom immediately declared that by the end of 2020 it would complete the Nord Stream-2 gas pipeline itself without any problems. But at what cost?

The only vessel equipped with a dynamic positioning system, the Academician Chersky, will go to the construction area for two months. Also, German environmentalists have not yet permitted to carry out work in the winter. It should be noted that, given the rush from the Russian Federation, there is a real threat to the ecology of the Baltic Sea. Recall the surfaced pipes in the Baydaratskaya Bay. RF needs to complete pipe laying as quickly as possible. And no wintering of waterfowl and other species of the animal world excites them.

Given the position of the German authorities in relation to the Russian Federation, it is most likely that the ban on environmentalists will be “sold out» and continued construction in winter. This fact is especially pleasing. The Baltic is not a simple region. Knowing the style of Gazprom’s work, it is logical to assume that the work will be carried out ignoring storm warnings and generally any safety and environmental requirements. By the way, this is a great prospect to drown the only ship capable of building this pipe. Zugzwang for the Russian Federation. This is when any next move of the Russian Federation only exacerbates its position.

Even if you are lucky and the ship is not drowned, the quality of construction will still be that. After all, they will build very quickly. Surfacing or destroying an existing gas pipeline will do even more harm.

I suppose that such risks will probably make the ardent defenders of the Russian Federation in the EU think for a while. If not forced — even better. They will have a unique opportunity to set a sad example and answer for their actions to the EU community. Perhaps even in the courts. But this is only if the next «tourists» from the Russian Federation do not have time to smear the door handles with poison to the key figures. Well, if they succeed, then this is karma.